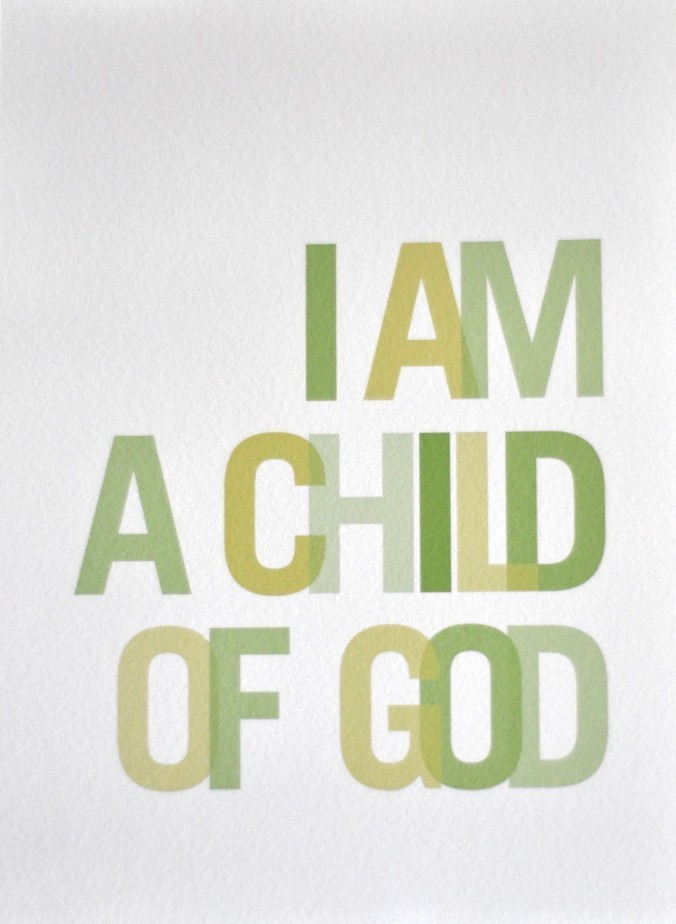 Most of our lack of contentment has to do with COMPARING.

When we compare what we have to what those around us have, we will never be content.

Living a life of discontentment affects our own personal happiness, our relationships, our finances and many times our moral choices.

Your life is unique.

You are one of a kind.

God made you and picked you and gave you a purpose that is like no other.

Your looks, skills and resources are original.

God does not want you to be like someone else.

He wants you to be YOU!

Your unique purpose is needed in our world.

You cannot be you while you are trying to be like someone else.

Our obsession with riches really is an obsession of what I have compared to what others have.

The apostle Paul said some encouraging and powerful words when he said, “Actually, I don’t have a sense of needing anything personally. I’ve learned by now to be quite content whatever my circumstances. I’m just as happy with little as with much, with much as with little. I’ve found the recipe for being happy whether full or hungry, hands full or hands empty. Whatever I have, wherever I am, I can make it through anything in the One who makes me who I am.”

Finding contentment in America is like fitting a camel through the eye of a needle. Hmm? Someone much smarter than I said that once.

Most of our problem with comparing ourselves to others is that we don’t really know who we are. We feel lost. We feel like we need to attach ourselves to what the world says is important in order to feel valuable.

Once a human finds out WHO THEY REALLY ARE, they then begin to find the real contentment that they have been searching for.

Our perspectives, hopes, dreams, priorities change when we realize WHO WE ARE!

Fred Craddick tells this story about the time he was vacationing in Tennessee.

Fred and his wife were seated at a table in a restaurant when an old man came up to them and asked, “Are you folks on vacation?” “Yes,” said Fred, “and we’re having a good time.”

“What do you do for a living?” the old man said. Fred was trying to get rid of the guy and he said, “I’m a preacher.”

“Oh,” the old man said. “Then let me tell you a preacher story.”

He pulled up a chair and sat down.

“I was born an illegitimate child. I never knew who my father was. That was very hard for me. The kids at school made fun of me and they called me names. When I walked around our little town I always felt that people were staring at me and asking that terrible question, ‘I wonder who the father of that little boy is?’”

“I spent a lot of time by myself and growing up I didn’t have any friends.”

“One day a new pastor came to town and everybody was talking about how good he was. I’d never gone to church but one Sunday I decided I’d go hear him speak.”

“He was good. So I kept coming back. But each time I went to church I’d come in late and I’d leave early so I wouldn’t have to talk to anybody.”

“Then one Sunday I got so caught up in listening to the sermon I forgot to leave early. The service ended, people stood up and I couldn’t get out the door. Suddenly I felt a hand on my shoulder.”

“When I turned that big tall pastor was looking down at me. He asked, ‘What’s your name boy? Whose son are you?’”

“When I heard that question I just shook. But before I could say anything the preacher said, ‘I know who your family is. There’s a distinct family resemblance. Why, you’re the child of God.’”

“You know, mister, those words changed my life,” he said. The old man got up and left.

The waitress came over and asked me, “Do you know who that was?”

A man learned he was the child of God and it changed his life.

All the depression and all the cuts and hurts and rejection he’d had through his life were eliminated by the power of God’s love.

And no longer could people diminish his sense of dignity because he was a child of God.

David wrote in the psalms “God is the Father of orphans, champion of widows, He makes homes for the homeless, and leads prisoners to freedom”

Paul wrote to the Romans, “So you have not received a spirit that makes you fearful slaves. Instead, you received God’s Spirit when he adopted you as his own children. Now we call him, ‘Abba, Father.’ For his Spirit joins with our spirit to affirm that we are God’s children. And since we are his children, we are his heirs.”

That elusive virtue called contentment happens when we realize who and whose we are and that we have been called to a greater purpose and calling than just acquiring things.

We have been called to represent our Heavenly Father to a world that desperately needs to know about His love.

Mother Teresa said these beautiful words about our highest calling of representing God here on earth, “Hungry for love, He looks at you. Thirsty for kindness, He begs of you. Naked for loyalty, He hopes in you. Homeless for shelter in your heart, He asks of you. Will you be that one to Him?”

My son’s girlfriend, Pauline Hassan is a hero in my life. Her mother was born in Sudan, and Pauline was a young girl when they moved to San Diego to escape the persecution and danger of her war torn country.

I believe we can learn from her and her family about how right priorities and hard work can lead to a contentment in America that is greater than just how much money we can make.

They remind me to always make my life purpose greater than just about myself.

It is a very inspiring interview.

Check out the link below

One thought on “Contentment: The Elusive American Virtue”